I have grown up surrounded by mountain hunters. I don’t know the kind of bedtime stories other kids had, but mine were always about hunting trips. The Caucasus and the Tur have always been my favorite ones, there was something special in hearing every hunter describing always that place as hell. I have been dreaming for a long time about hunting those mountains, and finally, after all these year gaining experience I thought maybe was the time to go there.

The Caucasus Mountain range connects with 680 miles the Black Sea and the Caspian Sea, dividing Russia in the north, with Georgia and Azerbaijan in the south. With peaks over 18.000 feet, they are known to be one of the nastiest mountains in the world because of how vertical they can get in some places. Those mountains are what Tur call home. There are two main subspecies, the Kuban Tur located in the West, and the Dagestan Tur located in the east. The horns of the Kuban Tur resemble to a normal ibex, while the Dagestan Tur looks more like a bharal, that’s why some people think it is a sheep but they are actually goats (Capra cylindricornis). In between the two areas, on the central part, there is also the Mid-Caucasian Tur, which is a subspecies mixed of the two mentioned above.

Azerbaijan is a great country, very rich in natural resources like oil and gas as well as tourism. The country situation is very stable except some conflicts in the southwestern part with Armenia. Its capital is Baku, which is the place you would be flying to, typically from Istanbul, Turkey, with a very good connection. Currently, it is illegal to bow hunt in Russia, and hunting in Georgia is closed, so Azerbaijan is the only option to hunt the Caucasus with a bow in hand.

There are several hunting areas, but the most popular ones are Quba, Ismaili and Sheki. From each of those towns, there are a dozen camps located in different valleys that you can access either by horse or walking, even some by four wheel drive. After talking to several outfitters I end up deciding to go with Caprinae. They have previous experience with bowhunters, and they understood what I was looking for, I travel for the whole experience, not just for the trophy. For the bowhunter the most important thing is to be sure that the guides in the field are passionate hunters ready to put the extra time and effort that the bow requires. They operate from the camp of Sheki, which is the farthest one from Baku of all the camps, at approximately 5 hours drive.

One of the things everyone had different opinions on, was the perfect time of the year to go with the bow. For spot and stalk I would recommend early spring, there is still some snow in the top of the mountains, and fresh grass is growing in lower areas. Trying to understand and cut those feeding patterns of the Tur can give you some pretty cool opportunities. So after arriving to Sheki, we jumped on the horses and we started climbing up to camp. It took us like 5 hours to get to the camp, crossing some scary places, and riding most of the time with the feet loose in case you had to jump off the horse. The view, when the rain stopped, with the clouds underneath us was breathtaking. 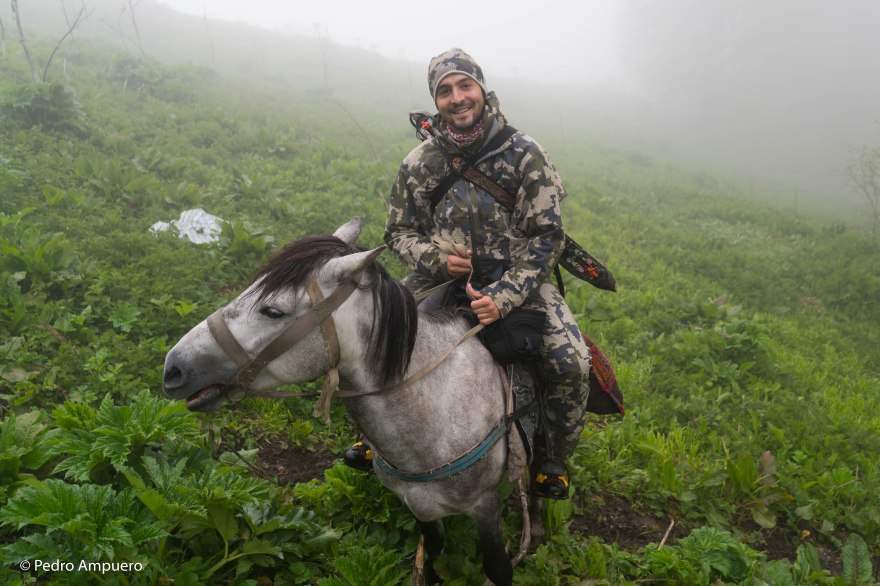 We arrive just in time to see the sunset and with enough light to set up the tent and finally relax a little with a cup of tea after traveling for the last two days. We were quite a bunch of guys up there, something very typical in Asia; Cuneyt (Guide from Caprinae), Taleh and Tural (Local hunting guides), Abuzer (Horseman) and Mikayil (Cook). We woke up early every morning, to start walking at night. The plan was to gain altitude before  sunrise to locate ourselves above where theoretically the Tur had been feeding lately. Then glass from the top hoping to be able to stalk some Tur on their way to the bedding areas.

This time of the year the males go together in pretty decent size groups with billies of all different sizes, which makes it hard to stalk since there is always one with the head up watching for danger. 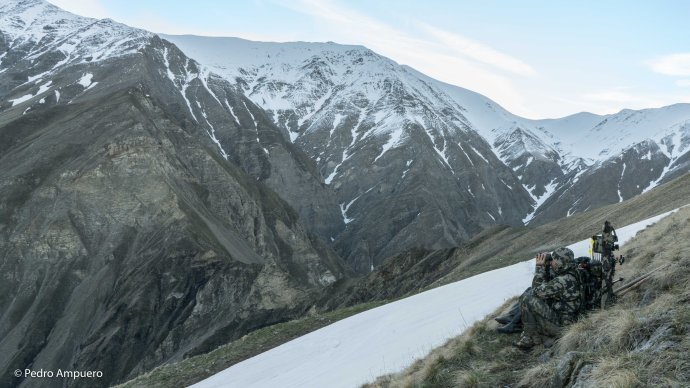 The view was simply amazing, the mountains are so broken and steep that you loose perception . What it may looked pretty steep and nasty back home, now you would consider it pretty flat and nice.

We saw a big herd in our valley that did exactly what these guys predicted, but we couldn’t get close enough for a shot, so we decided to let them pass without pushing them. Patience is always key in the mountains and we had to wait for the right opportunity. Pushing these animals on desperate move would push them in a matter of minutes to the next valley, which would require us to walk for days. We watched them bed at the highest point without snow. We also saw a few other billies which were not old enough. 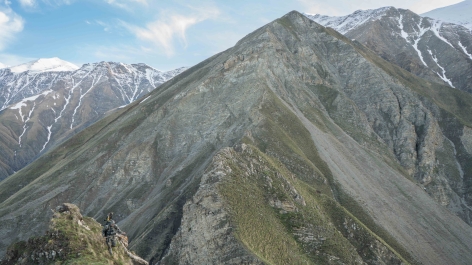 We also spotted a smaller group crossing the skyline half mile away which had a monster billy in it. You could see the horns already coming back up through the spotting scope. An absolute monarch. There where also smaller herds here and there located on the green patches across the canyons miles away. Although there is a lot of hunting pressure every year, the terrain is so inaccessible that the population of Tur is really rich and there is good density of animals. 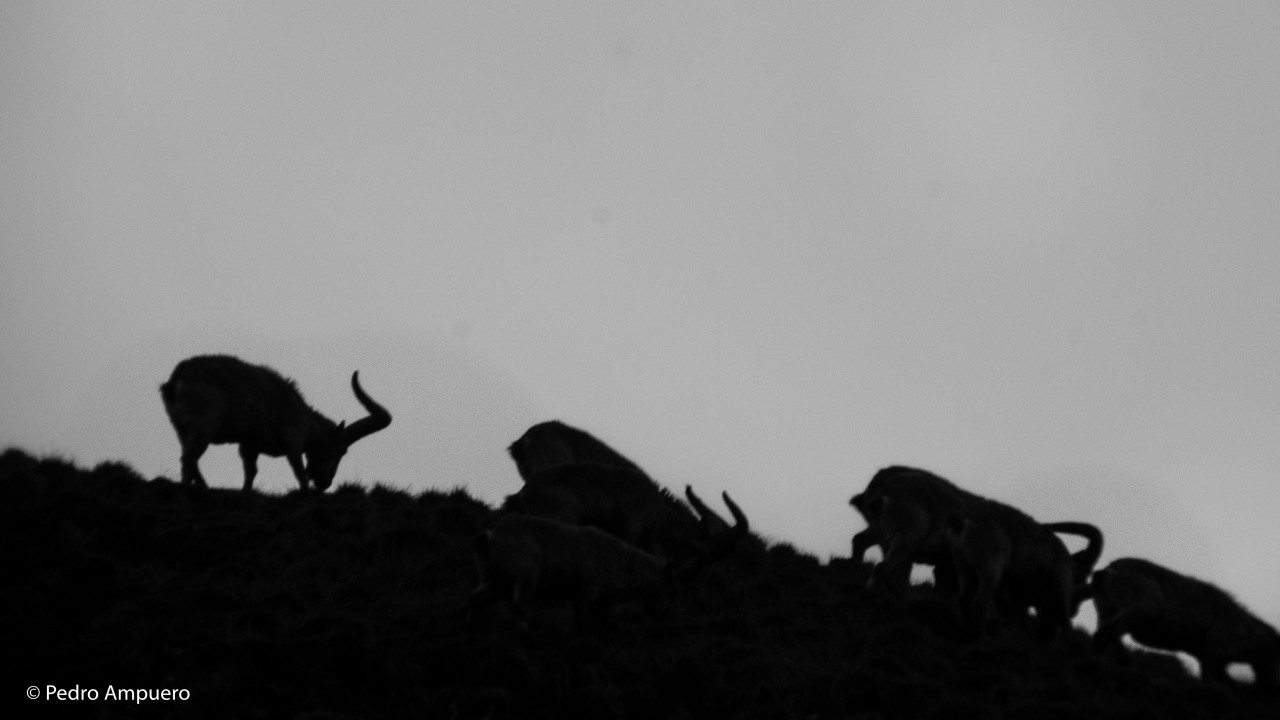 One of the bad things about hunting in the spring is the fog. When the fog sets, the visibility is so reduced that you can not do anything. It was a foggy morning, and it was not until late in the afternoon when the fog finally cleared up for a few moments, letting us do some glassing.

With the sun coming out, we saw some billies that started coming out along the skyline. They stood there for more than an hour analyzing every square feet of the valley to be sure all was clear and safe. We could clearly see all the different trails along the whole hillside, of the animals crossing towards the area where they had been feeding the previous days. We decided to position ourselves behind a gulch, that way we could peak over and glass to see how high or how low they where coming through the valley, to try to stalk up or down to cut them and possibly get a shot. 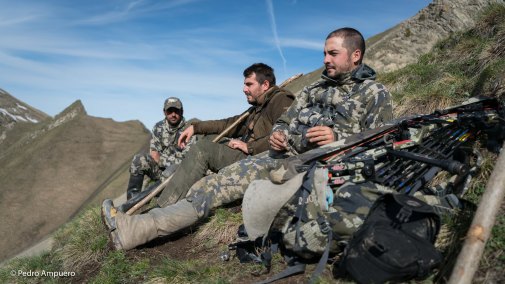 We saw the billies started coming slowly down pretty high on the hillside, but the fog came back in and we couldn’t see them anymore. We repositioned ourselves in the highest trails in hope that they kept that same tendency and waited for the fog to clear.

It took a while for the fog to clear, and we could only see between some openings a few nannies lower than us. It was super intense, they could be literally anywhere. Finally it open up a little more and we could see the group of billies just a hundred yards away coming our way. We closed the distance a little bit more hiding behind the gulch, and peak again to see where the billies were.

Unfortunately, something whistled in the valley, not sure if it was one of the lower nannies or a billy, but the group stopped. Taleh told me that the big one was in the group and that it was now or never, it was a  matter of seconds that they where going to turn around. I peak over and saw the big one in the middle looking our way, I measured him at 77 yards. The position was strange because he was kind of sitting down scratching but basically broadside, so I did not think it twice and drew the bow back. The arrow flew awesomely, but he moved a little bit as he was looking our way, and the arrow hit a little further back. The whole group started running, and we could see how the big one started getting on the back of the line, running slowly and bleeding a lot. He ended up stopping while the whole group run away. I could see that it was definitely a liver shot, and probably because of the angle, the arrow also got the diagrampham, since he lost running power right away. We were watching the billy trying to bed down but the fog came back in and we could not see what was going on at all.

I was committed to waiting for the next day, but the guides insisted in chasing the billy before we run out of light, they were scared of wolves and bears. We got to the blood trail and there was blood everywhere. We slowly track it and saw it bedded down behind a rock. It was so steep that we literally slide down the grass and sneak to 15 yards to take it out of its misery. The view of the billy making a short run and dropping down was breathtaking, such a strong and powerful animal. We kept sliding down to finally lay our hands on one of the most beautiful and majestic animals I have ever seen. A dream come true with a 11 year old warrior over 40 inches, exactly the one that we had been watching the previous days. I could not have been luckier.

By the time we took the pictures and prepare the meat and skin it was already dark. If there is a place that you don’t want to be hiking at night, that is Azerbaijan. Coming back out in the darkness, under the stars and through the peaceful silence of the mountains was a mystical experience. We end up arriving at camp after midnight. 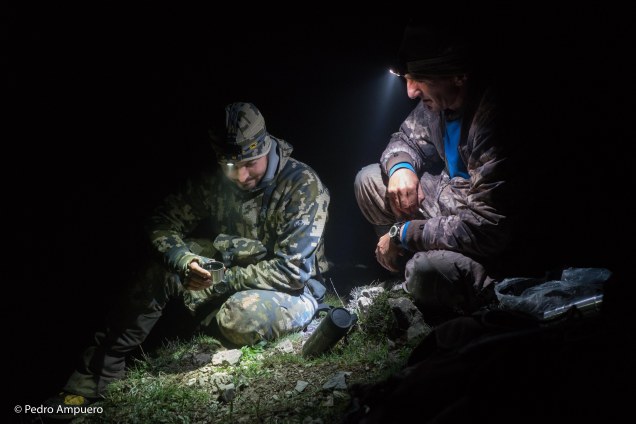 What an amazing trip, it had all the ingredients I looked for on a hunt. Remote country with a different culture, horses to get in the area and camp on tents, some of the meanest mountains I have ever hiked and chasing such a majestic animal spot and stalk with a bow in hand. That combined with some great guides that knew what bowhunting was about end up on a trip of a lifetime with a monster Tur down. A dream come true, exactly how I imagined.

Thanks everyone who was involved in making this happen. 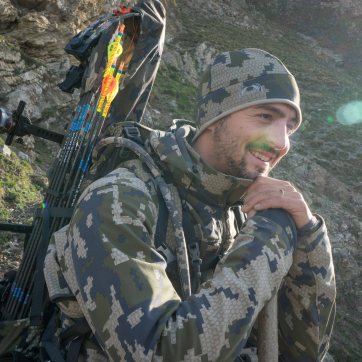